The event was a welcome opportunity for winners to meet face-to-face and receive their Jo Downs trophies, alongside food, drink and conversation.

The Tourism Event of the Year award went to Carn to Cove, with Visit Cornwall’s Malcolm Bell saying: “Events and Festivals are a huge and growing part of the Cornwall visitor economy – but were virtually impossible to run during the on-off lockdowns and restrictions of 2021. But one organisation persevered – and continued to run a series of important events throughout the year – and for that they receive this special award.”

There was also a special award for Visitor Information to Visit Cornwall’s Abi Steel.  Malcolm Bell said: “It was a real honour to present the visitor information award to Abi Steel who was faced in the height of the pandemic with secretly sourcing accommodation for thousands of police, staff, diplomats, politicians, and leading members of the royal family, for the meeting of world leaders in Cornwall . This would have been a huge once in a lifetime challenge at any time, let alone in a pandemic and not being able to tell others what the event was! Abi excelled herself and was one of the key people that not only ensured a successful G7 event but one that showcased our wonderful Cornwall.”

The third award was for Outstanding Contribution to Cornish Tourism, awarded to Jon Matthews of the Cornwall Covid Task Force.  Malcolm Bell said: “I was delighted to present the award for Outstanding Contribution to Industry to Jon Matthews a key member of the Covid Taskforce – the members of the task force were critical to the Cornwall response to the pandemic as they represented various sections of the sector and gave me invaluable information, intelligence and feedback which enabled me to provide coherent feedback and proposals to both local and national Government. Without the task force we would have struggled so much and the impacts on Cornwall would have been far worse.”

The final award of the night was the prestigious Winner of Winners Award, sponsored by Healey’s Cyder, which was presented to Mylor Sailing and Powerboat School.  Awards organiser Robin Barker said: “This award goes to a business that has once again proved to be an exemplar in two increasingly important aspects of tourism and hospitality – creating an outstanding experience and being fully accessible and inclusive.”

The party coincided with another big day for Cornish tourism as VisitEngland announced the finalists for the national VisitEngland Awards, with five Cornish finalists confirmed.  This made Cornwall the top equal county in England, with all finalists having progressed from winning in the Cornwall and the South West awards before achieving national success.

The 2022/23 Cornwall Tourism Awards are now open for entry with a deadline of 19 June. 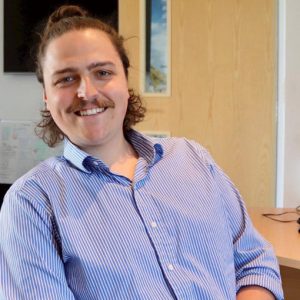 Stephane is the Social Media and Communications Executive at MiHi Digital. With a passion for the great outdoors, he can be found wandering the South West Coast Path on the hunt for hidden coves and wildlife. Unfortunately for Stephane, he's a supporter of his local team Torquay United (someone has to be).