After a record year, in which the region’s tourism awards schemes attracted 651 entries, the 2019/20 awards have been launched and hospitality businesses across the South West are invited to enter.

Industry feedback has led to many changes, with over 75% of 2018 survey respondents saying that the awards helped improve the quality of their business and asking for an earlier launch date, shorter entry forms and more workshops.  This has led to the earlier-than-ever launch date, a new online entry process with shorter forms, and brand-new websites.

Feedback has also led to new categories such as Wedding Venue of the Year, alongside many changes to former categories.

Organiser of the awards Robin Barker says: “The 2018/19 Awards broke all records, and importantly showed further progress in converting them into a year-round quality development programme, rather than merely ‘an event.’ Like the businesses we serve, we must innovate and change too, hence the very many developments we’re making this year and I’d like to thank entrants, our 50+ sponsors and judges for their active support.”

There is a special incentive for early entrants received by 29 March with a final deadline on 30 April, and businesses are encouraged to start preparing without delay. A programme of Excellence workshops will be announced shortly. Entry is free, the programmes being funded by a range of sponsors and partners, and all entrants receive feedback.

Full details of the Awards are at the awards website:
South West Tourism Awards – www.southwesttourismawards.org.uk where there are links to the county scheme websites for Bristol, Bath and Somerset, Dorset, Devon and Cornwall. 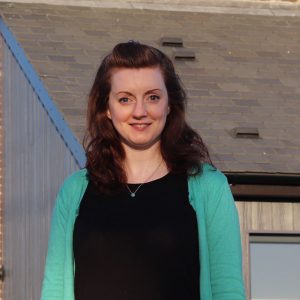 Hannah is a Digital Marketing Executive at MiHi Digital, with a particular passion for writing and content creation. In her spare time you will probably find her treading the boards at her local theatre or climbing rock faces.

0 0 0 0
Previous ArticleWhat’s on in Cornwall this March
Next ArticleWho gets the house when you divorce?
Comments (0)