The summer holidays may be over, and the A30 may be back down to a normal amount of caravan-based traffic, but the beaches have not been left as clear as they once were; around 600 broken bodyboards have been collected.

The abandoned boards were removed from three beaches in the South West by Keep Britain Tidy’s BeachCare programme. They were then helped to pile up the boards by local primary school-children, with the finished mound covering an area of 2,700 sq ft. University students will use the boards to create an eco-friendly design.

Neil Hembrow, BeachCare Officer explained how, if collected nationwide, the abandoned bodyboards could fill an entire warehouse. He went on to talk about the lifespan of the boards, “they are manufactured in China, shipped over 5000 miles, and surfed for 10 minutes before breaking and going to landfill – it is such an incredible waste.” 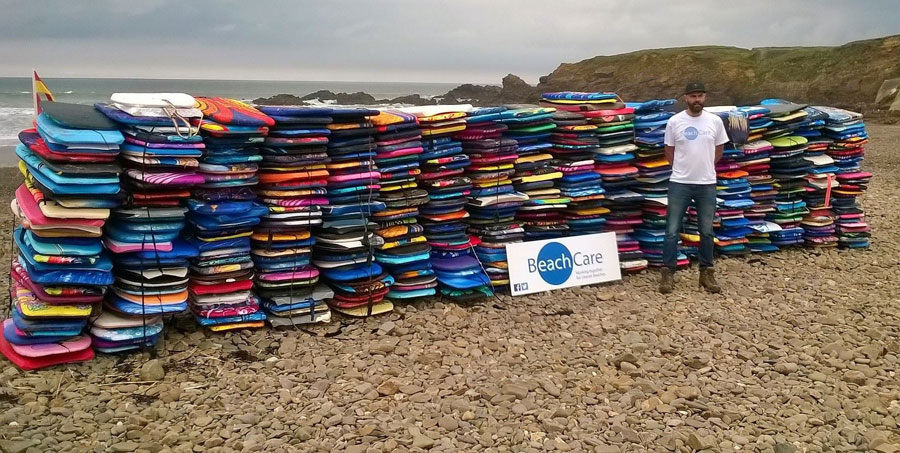 Calculations by the programme reveals that if 200 boards were discarded on every beach in the South West it would equate to over 28,000 boards filling up landfill sites. That is a lot of boards!

Summer beach goers are now being urged to purchase better quality boards for their trips to the seaside, as they last longer. It is hoped that this will then reduce the amount of bodyboards heading to landfill every year.

0 0 0 0
Previous ArticleWhy East Devon is a great place to visit
Next ArticleGoogle gives greater prominence in mobile search to AMP – does your website have it?
Comments (0)