What’s on in Cornwall this March

Well we managed to get over the Beast from the East but no doubt it will have sadly messed up a few planned events due to so much snowfall throughout Cornwall. But, the great thing is that the remainder of March is jam-packed with fab events to keep us busy and entertained throughout the month! St.Paddy’s Day isn’t far off and what better way to celebrate than to see Irish band Mad Dog play live – they’ll surely making you want to jig! 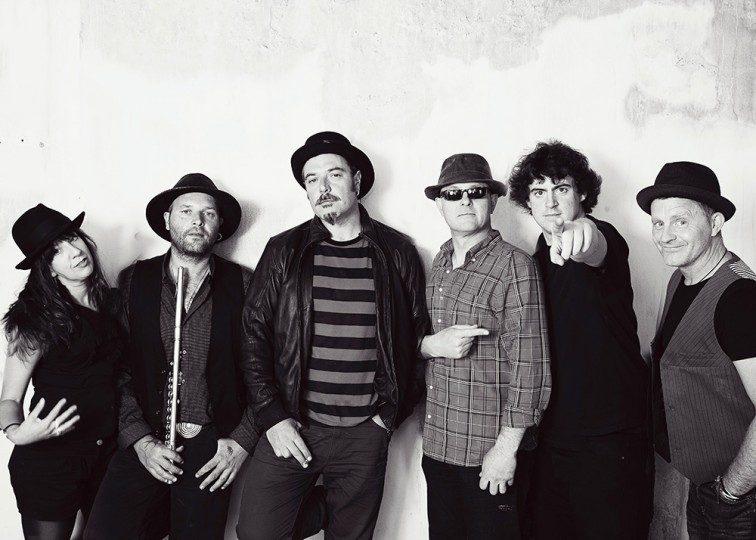 Rodney Branigan, The Melting Pot, Redruth, 8th March 2018, 7pm
Texas-raised Londoner who learned to play in Austin, perform in Los Angeles, craft songs in Nashville, and put it all together in London. A multi-instrumentalist with a rich and soulful voice often compared to Jeff Buckley. Described by France’s Crossroads magazine as “the revelation of the year or even the decade”. Original blend of progressive folk, rock, flamenco, classic, bluegrass and jazz sensibilities have seen Rodney tour the US from coast to coast and travel across India, Africa and Europe, where his reputation as an outstanding live performer has led to turns supporting the likes of Jack Johnson, Billy Sheehan, Frances Cabrel and Alabama 3. Tickets are £9-11
http://www.themeltingpotcafe.co.uk/.

Mad Dog Mcrea St Patricks Day Celebration, The Watering Hole, Perranporth, 16th March, 9pm
This year The Watering Hole have decided to celebrate St Patricks Day in style. Mad Dog Mcrea will be providing the entertainment for the evening so get on down for a good old fashioned knees up! Mad Dog Mcrea blend a unique mixture of folk rock, pop, gypsy jazz, bluegrass and ‘shake your ass’ music, perfect for a St Patrick Day celebration. From self-penned songs of adventure, drinking, love and life, to traditional songs of gypsies, fairies, legless pirates and black flies – Mad Dog never fail to capture their audience with their infectious songs.
https://www.thewateringhole.co.uk/

Kabasa 10 year anniversary, The Acorn, Penzance, 17th March, 8pm
Unlikely, but true: a Penzance band that started up in 2008 to play Salsa to fans of Latin Music in West Cornwall has toured all over Southwest England, workshopped with over 1000 Cornish children and played many festivals including Tropical Pressure. On this gala night they’ll be joined on drum kit by a friend who has regularly deputised with them- Damian Rodd out of Cornwall’s premier Soul band, The Grace Notes. The 8-piece line-up will be a stunning spectacle and irresistible dance opportunity!
https://theacornpenzance.com/events/kabasa-10-year-anniversary/ 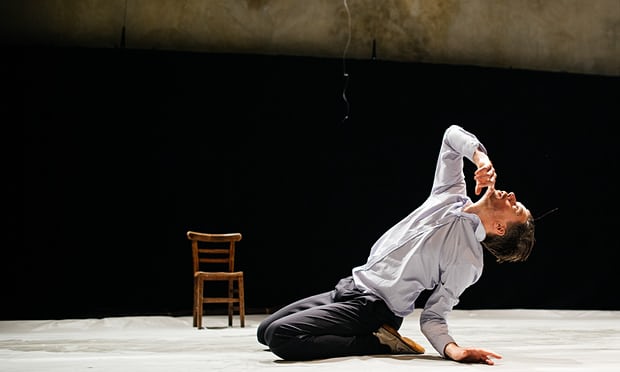 Paradise Lost (Lies Unopened Beside Me), Calstock Arts The Old Chapel, Calstock, 8th March, 7pm
Lost Dog Dance present a one man staging of Milton’s epic poem Paradise Lost – but not like whatever came into your head when you read the first bit of this sentence! Combining theatre, comedy and movement, this is a journey through the story of the creation of everything, condensed into 75 minutes. It’s a show which brings you the highlights of this well-known but often forgotten story, beginning with Lucifer’s rebellion and ending with Adam and Eve’s expulsion from the Garden of Eden. One man plays all the characters, creates all the scenes and, despite his best efforts, falls a little short of perfection.
Tickets £10 in advance, £11 on the door
https://www.carntocove.co.uk

Milk Presents…Joan, The Old Bakery, Truro, 29th March, 7.30pm
A fearless new play about what it means to stand out, stand up and stand-alone – this is Joan of Arc. Packed with guts, heart and some well-placed ‘packaging’, Joan fuses lyrical new writing with quick wit and cabaret prowess. Award winning cabaret artist Lucy Jane Parkinson unravels the intricacies of Joan’s defiance, subsequent demise and morphs into the men that put her there. A captivating new solo show about belonging, gender and finding our own identity – with uproarious songs that breathes new life into this centuries-old legend.
http://www.carntocove.co.uk/event/ 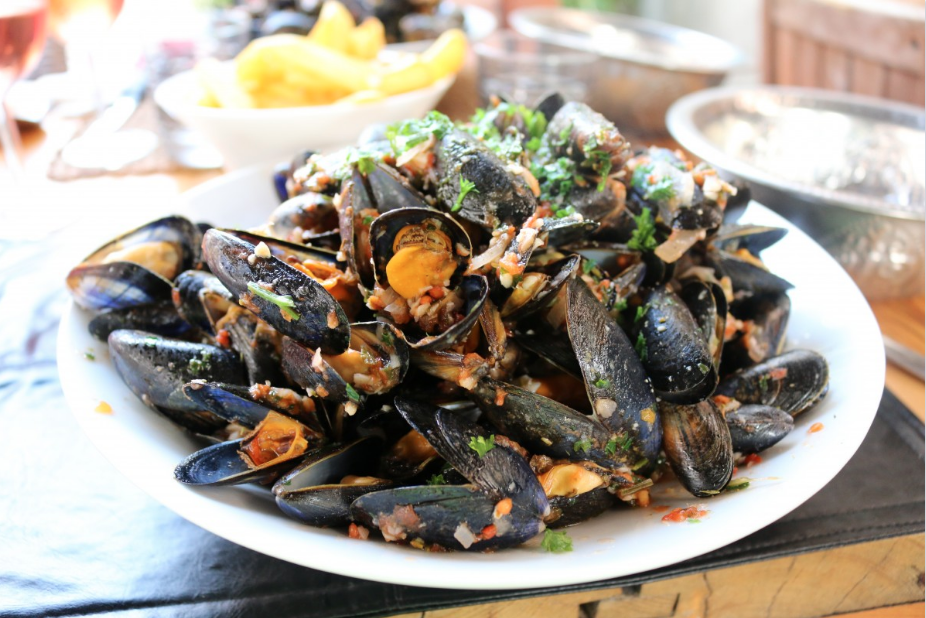 Beer & Mussel Festival, The Cornish Arms, St Merryn, 16-18th March
The annual Beer and Mussel Festival at The Cornish Arms in St. Merryn will allow you to sample over 30 different beers and ciders and enjoy an even bigger line up of live entertainment (music and cookery demos), as well as face painting for the little ones and the final round of Natwest Six Nations rugby for you to enjoy over the weekend. There will also be demo’s from Jack Stein and Stuart Pate to name a few. This is not an event to miss!
https://www.rickstein.com/offer/cornish-arms-beer-mussel-festival-2018/

Sausage Making Course at Philleigh Way, St Mawes, 10th March, 10am-1pm
During this fun hands-on course, butcher and sausage connoisseur Gavin Roberts will take you through the intriguing process of home sausage making, from butchering the meat to stuffing the skins. After completing the sausage making course you will understand the importance of fine ingredients and craftsmanship, and will be well equipped to create some delicious sizzling sausages in your own home.
https://www.philleighway.co.uk/product/sausage-making-courses/

Chocolat, An evening inspired by the book and film, The Writer’s Block, Merlin Building, Camborne, 21st March, 7pm
An evening inspired by the book and film Chocolat through performance and fine dining at The Writers’ Block and Trevenson Restaurant, Cornwall College Camborne. The evening begins with fine French apertifs and canapés in The Writers’ Block as The Story Republicans entertain and tickle your ears with poetry, song and readings. You will then be guided to Trevenson Restaurant for a delicious 3 course dinner and coffee, themed around Chocolat and South West France.
https://cornwall365.com/events/chocolat-evening-inspired-book-film/ 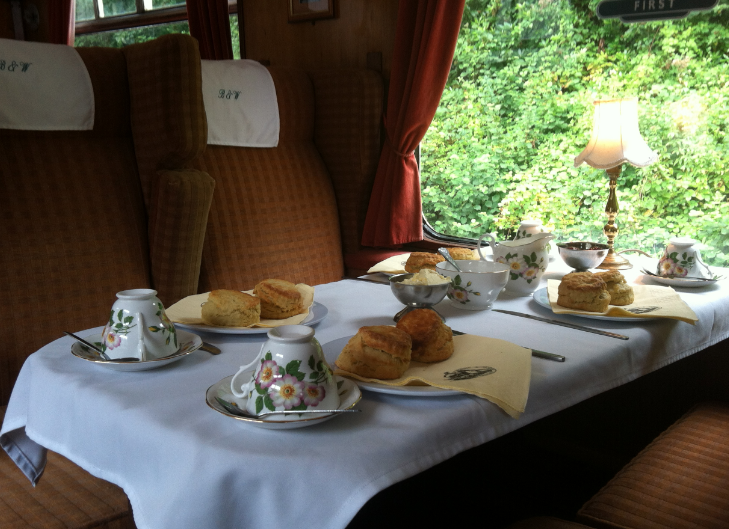 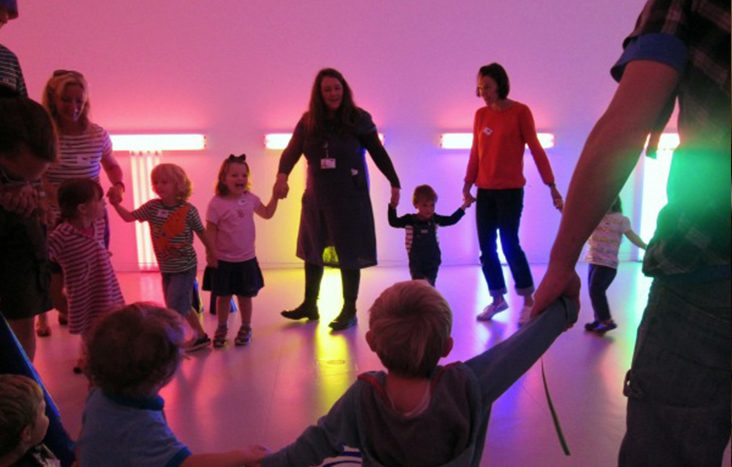 Mother’s Day candle making, Trerice, 10th March, 11-4
Use sheets of natural beeswax to roll a candle and make the perfect Mother’s Day gift. A wonderful activity for all the family. You can even take your creations home and enjoy them over and over again! £2 per candle, admission applies.
https://www.nationaltrust.org.uk/events/2a136f41-c653-4dd8-955e-8db7de4a072b/pages/details

Toddle Tate, Tate St Ives, 13th March
Play, explore, create and investigate art in these fun sessions for under 5s and their carers. Activities will use messy play, movement, stories, music and song to explore the galleries and artworks together. During the Heron Hankies session you’ll Patrick Heron’s Azalea Garden as a starting point for your own printed hankie. Sessions are aimed at toddlers (18 month+) and pre-school children, younger siblings welcome. Advance booking recommended.
http://www.tate.org.uk/whats-on/tate-st-ives/workshop/toddle-tate