As it is every year in Cornwall, this August is jam-packed with tasty and interesting events throughout the county. From fish festivals to DJs by the beach, we have compiled a list of what we think you should be putting in the diary this month. We think you would be mad to miss these!

PenGrillie BBQ Festival @ St Mellion, Sunday 6th August 2017 11am – 5pm
Following on from the success of last year, Pentillie Castle will be holding their ingeniously named, ‘PenGrillie’ BBQ Festival on Sunday 6th August. It is set to be a real fun day out of sizzle, flames, delicious food and live music. 12 teams will be competing to win the ‘Pentillie Pitmaster’ in the BBQ Competition, offering up a selection of their best burgers, ribs, fish and chicken. There will be something for all of the family including live music from Black Friday and lots of children’s activities. Don’t miss out!
https://www.pentillie.co.uk/events-at-pentillie-castle/pengrillie-bbq/

Newlyn Fish Festival @ Newlyn, Monday 28th August
If you are a fish fan then make sure you get down to Newlyn during the August bank holiday. They will be holding the 28th annual Newlyn Fish Festival which is set to be one of the biggest and best celebrations of the sea, seafood and fishing in the country.  Fish cookery demonstrations, fish display, crab picking demonstrations, two music stages, luggers in the harbour, trawlers racing, gigs sprinting, children’s rides, entertainment and education, lots of fabulous food to enjoy plus art & craft stalls to explore.
http://www.newlynfishfestival.org.uk/

The Captain’s Table @ Charlestown, Wednesday August 16th 6.30 – 11.00pm
The Historic Port of Charlestown Co. and Keep Cornwall Fed are collaborating to host an opulent summer’s evening of fine food, drink and live music. Set beneath the rigging in the uniquely beautiful backdrop of Charlestown’s ‘Inner Harbour’, it will be a culinary event that is guaranteed to satisfy all the senses. Arrive from 6:30pm for oysters, canapés and a complimentary glass of Prosecco.
Unwind to music from the incredibly talented solo violinist Liz Orton and indulge in an exquisite meal from the award winning chefs at Keep Cornwall Fed.£50 per Adult & £12.50 for 12 years and under.
https://www.facebook.com/events/198734527325345/ 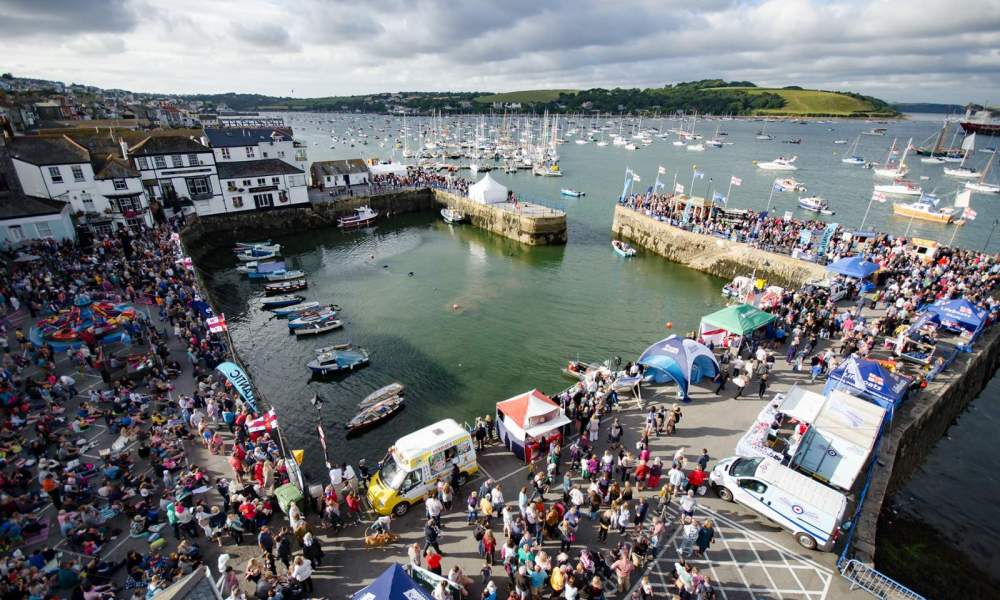 Cornish Day @ Lands End, Thursday 10th August
Celebrate Cornish Day at Cornwall’s most westerly point, exploring tales from a land steeped in history and mystery; from epic fables of local legends and giants, to a lesson in producing the perfect pasty from the world’s oldest pasty maker – it promises to be a day full of excitement, for all the family. There will be live music during the afternoon from the Cornish Wurzells, a chance to meet the owls from Screech Owl Sanctuary, Billy Wizz the magician and a bouncy castle. The best thing is its free to attend!
https://www.landsend-landmark.co.uk/events/cornish-day-august-10

Falmouth Week @ Falmouth, Friday 4th – Sunday 13th August
Falmouth Week is a major attraction for locals and visitors alike. With its origins in a local sailing regatta dating back at least far as 1837 the Week has evolved into not only a major sailing competition in the SW and an opportunity for all to enjoy the many daytime and evening attractions in the town. Falmouth will be welcoming over 450 boats during the event and the Event Square will be filled with crafts and musicians. There will be a Red Arrows Display, Fireworks, Carnival, Samba Band and Craig Charles will be playing a funk and soul set! Guaranteed family fun.
https://www.falmouthweek.co.uk/ 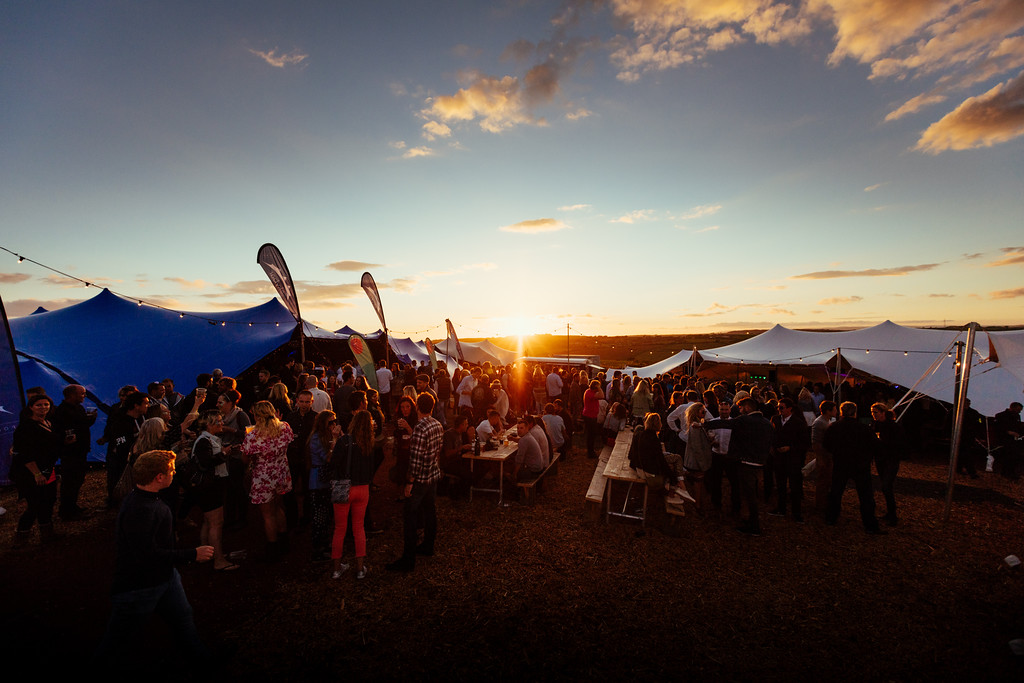 SkyBar Freestyle Friday @ Polzeath, Friday 18th August 6pm – 1am
SkyBar heads to Polzeath in August, set on the grounds of The Point, an exclusive location a short 10-minute walk from the beach. They will be creating an après-sea vibe with a bespoke mix of awesome music, exclusive bars, excellent street food outlets and sumptuous surroundings. Expect anything on the Freestyle Friday music genre… from Electro swing to disco classics the DJs will go with the flow and guarantee a packed dance floor. They say ‘remember we are ‘here for a good time… not a long time.’ Tickets are limited. Don’t miss out.
http://www.the-skybar.co.uk/polzeath/

Boardmasters Festival @ Newquay, Wednesday 9th – Sunday 13th August
Boardmasters’ line up is looking pretty huge this year! With sets from Jamiroquai, The Flaming Lips, Two Door Cinema Club, Alt-J, The Vaccines, and Stormzy music fans need to ensure they get their tickets quick. Set on the cliffs above Watergate Bay, in-between watching your favourite acts you can enjoy surf and skate demo’s from some of the best in the nation – what other festival can offer you that? The party has expanded to over three days and delivers a laid back festival atmosphere designed to bring out the inner surfer in everyone.
http://www.boardmasters.co.uk/

The Toots & The Maytals @ Perranporth, Wednesday 9th August 7pm – 2am
Toots and the Maytals are a Jamaican musical group and one of the best known ska and rock steady vocal groups. Toots Hibbert’s soulful vocal style has been compared to Otis Redding, and led him to be named one of the 100 Greatest Singers by Rolling Stone. They will be playing at The Watering Hole as part of of ‘Bands in the Sands’, a brand new series of events set on the beautiful golden sands of Perranporth beach. With a sea view as a stunning backdrop, sand at your feet & the sun on your back, these events are truly unique.
https://bandsinthesands.co.uk/ 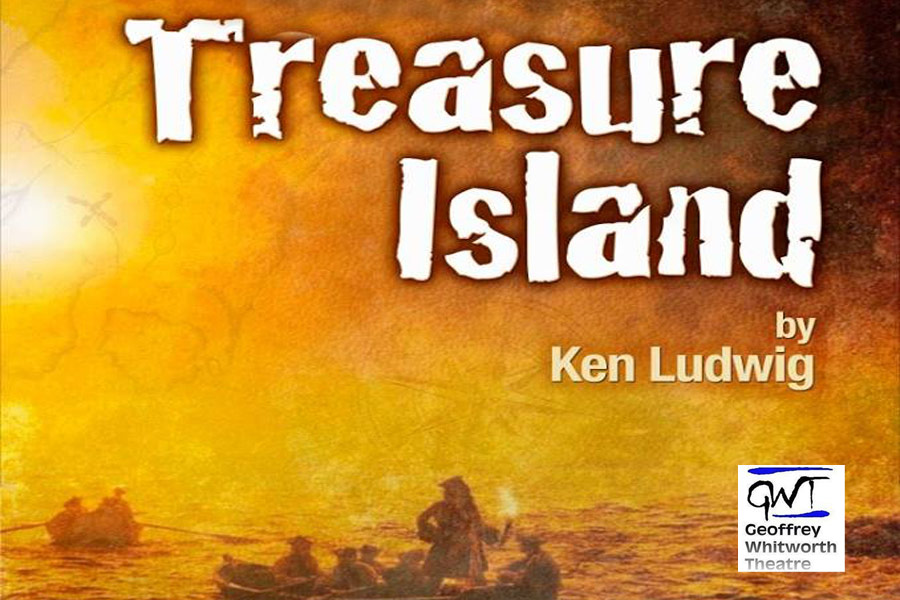 Treasure Island @ Porthcurno, Monday 7th – Friday 11th August 8pm
For a week this August Treasure Island will be showing at The Minack Theatre. Based on the masterful adventure novel by Robert Louis Stevenson, ‘Treasure Island’ is a stunning yarn of piracy on the tropical seas. It begins at an inn on the Devon coast of England in 1775 and quickly becomes an unforgettable tale of treachery and mayhem featuring a host of legendary swashbucklers including the dangerous Billy Bones, the sinister two-timing Israel Hands, the brassy woman pirate Anne Bonney, and the hideous form of evil incarnate, Blind Pew. Adult tickets are £14 and its £10 for children 10 and under.
https://www.minack.com/event/treasure/?instance_id=6831

Bugsy Malone @ Upton Cross, Saturday 26th August 2.00pm
Dandy Dan’s hoodlums terrorise the district, exterminating undesirables with their new weapon –splurge guns! His rival is Fat Sam Stacetto, who runs the Grand Slam Speakeasy, but Fat Sam’s gang still use old-fashioned pies. Fat Sam engages the help of Bugsy Malone, a smooth city slicker and boxing scout. Fat Sam escapes from a frame-up but he learns later that Dandy Dan’s mob have splurged nearly all his gang and destroyed his empire. Will love and peace be restored out of this gooey pandemonium?
http://www.sterts.co.uk/product_details.php?item_id=9 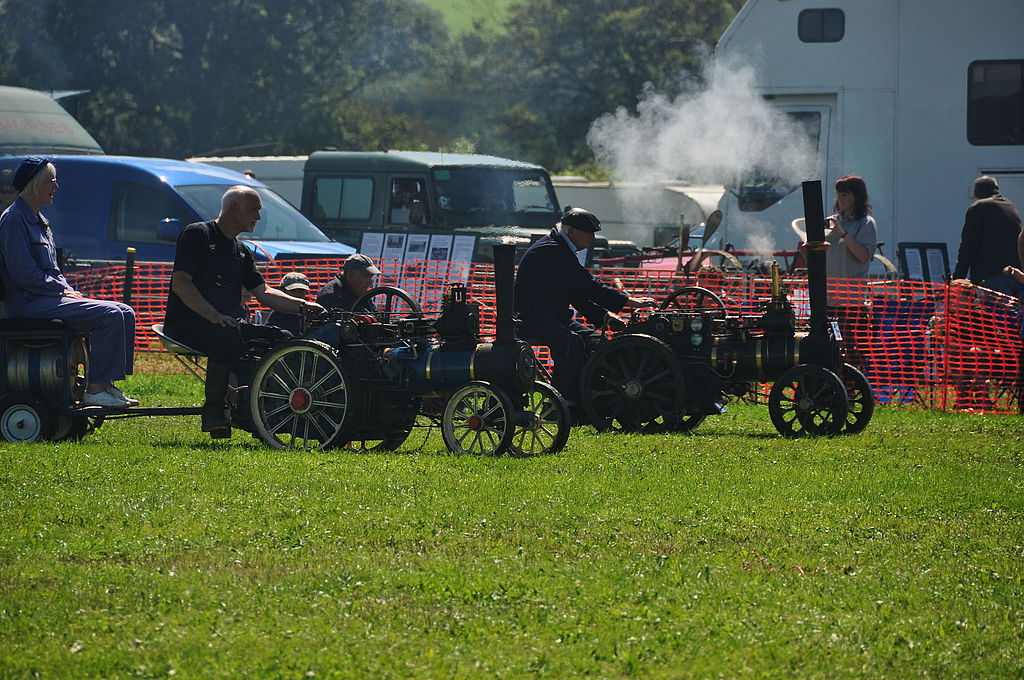 Fowey Regatta @ Fowey, Sunday 13th – Saturday 19th August
The Fowey Regatta is a must visit for anyone in Cornwall during the third week of August – visitors come from around the world to enjoy all there is to see and do. This year they are welcoming back the world-famous RAF Red Arrows for their much-loved displays. Event regulars include the spectacle of Wednesday’s Carnival procession through town, featuring locals and visitors in a weird and wonderful array of costumes – with prizes for the best dressed. Expect some truly amazing outfits! Little ones love the Giant Pasty ceremony, in which the iconic pasty arrives by boat from Polruan – as well as magicians, the crab catching contest and a visit from Newquay Zoo.
http://www.foweyroyalregatta.co.uk/

Cornish Steam & Country Fair, Friday 18th – Sunday 20th August 9am – 5pm
The Cornish Steam & Country Fair takes place each year at the Stithians Showground nr Truro in Cornwall and is organised by WESES Ltd on behalf of the West of England Steam Engine Society. The show is very much a family event. As well as Steam Engines, Fun Fair, Vintage Vehicles, Model and Craft displays, there is much more to entertain everyone around the show. The 2017 show promises to be the best yet as it aims to build on previous year’s events. From bouncy castles to vintage wood sawing, trade stands to heavy horse working demonstrations there is something for everyone.
http://www.weses.co.uk/